So, here's what I've been up to 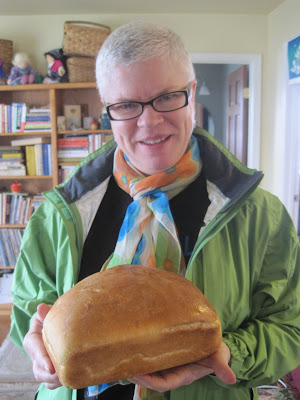 There's nothing more BORING than the blogger who neglects their blog and then pops back up out of nowhere to blather excuses about why they've neglected their blog. YAWN!!

No excuses, but here's what I've been up to lately:

Filling in for a bit as lead blogger for Seattle Weekly's Voracious, which means writing three posts a day. That's a lot! Here's one of my favorite posts from that stint: 10 Reasons Seattle Should Be Jealous of Portland.

Writing about cooking and eating for Al Dente, Amazon's food blog. I love this blog because it pays well and the subject matter is wide open. I've written about everything from how to prepare fiddlehead ferns to the history behind the tradition of dunking cookies. How cool is that?

Though it's been a few years since I lived in Memphis, I keep my fingers stirring the pot of Southern food by contributing to the StateofQ.com. I'll be heading to Memphis in May's World Championship Barbecue Cooking Contest soon, to eat and write and eat some more.

I'm working on Chapter 7 of The Big Dipper Chronicles, a story of the making of a cult Merlot by Northstar Winery, a tale that appears on the winery's Web site, but will eventually be made into a book. (And who knows? Maybe a movie!!) It chronicles David "Merf" Merfeld's making of a very special wine from the vine to the table.

Just finished a story for Seattle Mariners magazine about a chef who's joined a culinary dream team to create an awesome lineup of restaurant-like food at Safeco Field.

I write about wine for Seattle magazine and was part of a committee this year that honored restaurants with Washington wine-centric lists as part of Taste Washington. That was a blast.

I'm working on a book project with Seattle's celebrity chef, Tom Douglas, and was just asked to write a cookbook focusing on chefs who showcase local, sustainable foods. (Can you guess my answer?)

I also write blurbs about restaurants and helped out with a "best of" app. Oh, and write newsletters for MSN.com.