Confessions of an accidental Elvis fan 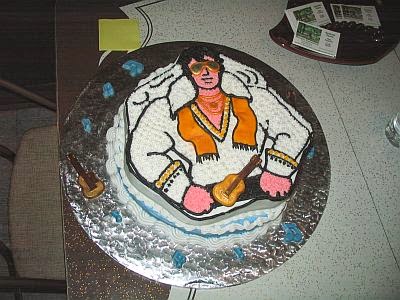 Happy Birthday to The King!

Many people might groan and roll their peepers at this sincere well wish. Why celebrate the birth of Elvis, an overweight has been, who died while sitting on the toilet? A most undignified way to go no matter how many records you've sold or Hollywood starlets you've banged.

I remember where I was the minute I heard it announced on KJR radio that E had really, truly left the... well, you know how the saying goes. I was driving fast, past my old high school with my first college boyfriend. We rolled down the car windows and yelled to nobody in particular: Elvis is dead! Elvis is dead! Long live The King!! Typical journalism students, we wanted to spread the news.

Then, I don't remember giving the man and the myth a second thought. Well, at least not until I moved to Memphis in 2004. Elvis was born in Tupelo, Mississippi, a 60-minute drive from M'Town, but it was in the Bluff City where everything good and very bad happened to him. He was discovered by Sam Phillips, the owner of the legendary Sun Studios. Elvis pestered him until he let him record a song for his mama's birthday. Elvis was a real mama's boy, and a twin, though his bro, Aaron died at birth. His tombstone is in the family plot at Graceland, the "mansion" Elvis purchased when he hit it big. 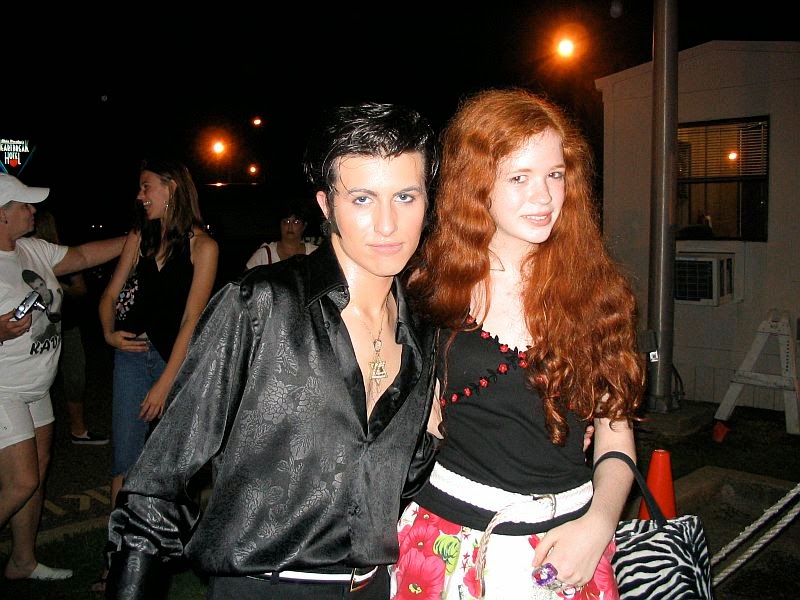 It was Graceland that first cracked open my cold, cold heart and let the spirit of Elvis inside. Let me explain. After my family moved down South, we had plenty of visitors and guess where they wanted to go? I'm a good host, so I obliged and before you can say Don't be Cruel, I had been to this time warp home/museum, tourist attraction, over-the-top tribute to the art of sequined jumpsuits a half dozen times. Each visit, I learned a little bit more.

Bet you didn't know that Elvis was one of the first celebrity philanthropists. There's a wall in one of the rooms in Graceland plastered with cancelled checks signed in his neat script to various worthy causes. Guess the fact that he kept all those checks means he was a bit of a packrat, too. I can relate.

Elvis probably could have wiggled off the hook when it came to serving his country in the military, but he went. He put on a uniform, unlike a lot of our politicians. He served. So, it wasn't tough duty and it was in Germany that he put the moves on an underage gal who later became his wife, but the man served. When he came home, reporters asked: What did you miss about Memphis? He answered in that sweet, sheepish way: I missed everything about Memphis. That clip loops in the nearby building that was his father's office. The main thing he missed in Memphis was his mother's passing. Cue the gospel music. Seriously, I haven't been to church in decades, but when I hear Elvis sing gospel, I want to join the choir.

No big shocker, my favorite room at Graceland isn't the much-written-about Jungle Room, but the kitchen. All the rooms are caught in a time warp, circa 1977, but the kitchen has a timeless charm. I can totally picture E hanging with his crew, drinking Pepsi. He might have been a pill popper, but he wasn't a boozer. Much has been made about his obsession with fried peanut butter and banana sandwiches, but meatloaf was his first love. Sometimes, he ate it every day for weeks on end. Which explains his expanding waistline.

While living in Memphis, I learned that Elvis impersonators are called Tribute Artists, and every August during "Death Week",  I saw a parade of good and pretty bad singers dressing up as the young Elvis, the old Elvis, the uniform-wearing Elvis. Very entertaining, but so not Elvis. I even dressed up as Elvis for Halloween and I've sung Viva Las Vegas at karoke in Atlanta, a very bad choice of song. It's way too fast. Should have gone with Heartbreak Hotel. 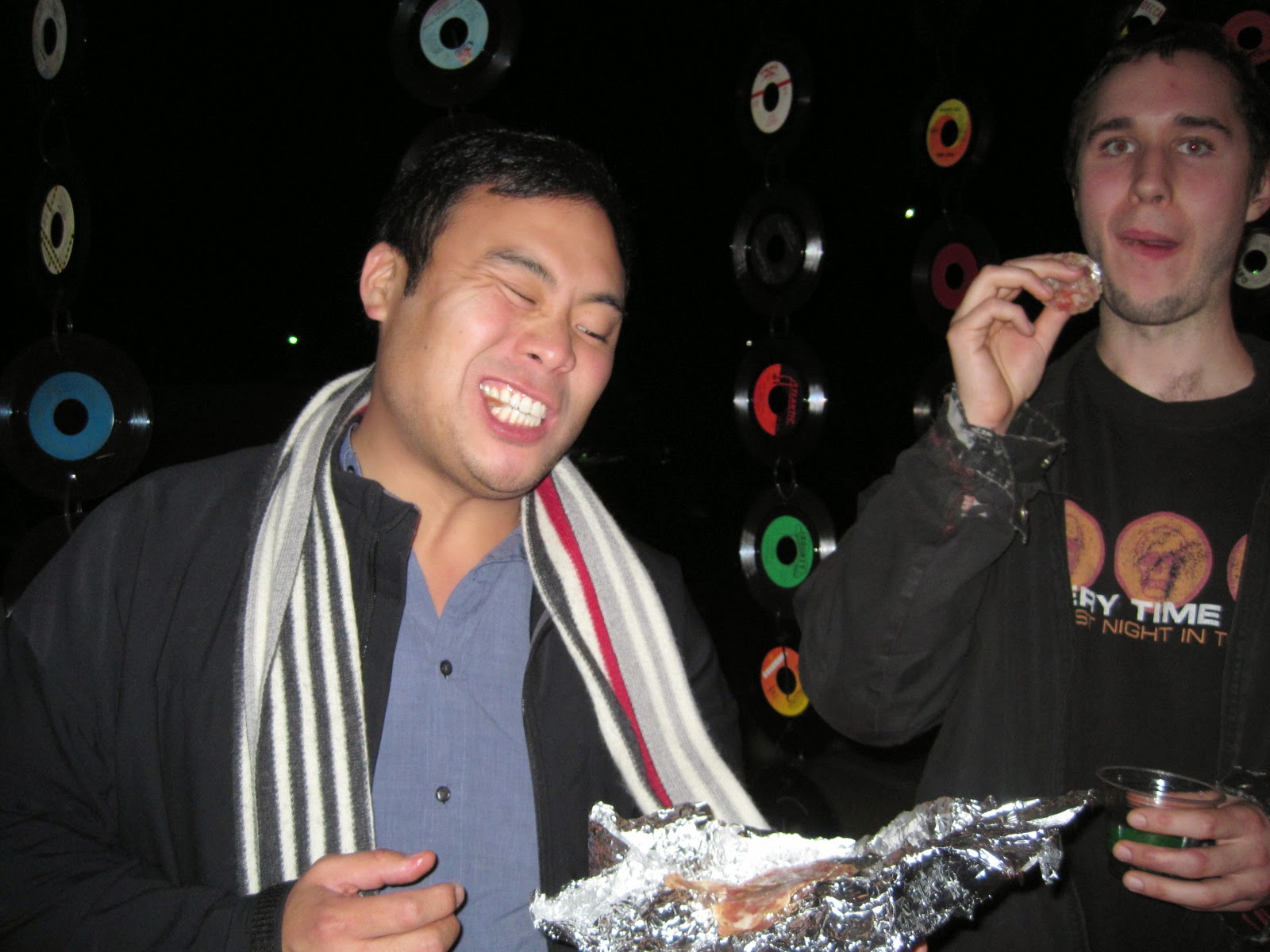 That might sound wacko, but when I was dressed up as Elvis, people showered me with love. They hugged me, took photos of me, playfully asked for my autograph. It was pretty dang cool, and, yes, a little strange. Elvis once fed David Chang mole salumi and he loved it. He later signed a book for me, addressing it to Elvis.

OK, that's about it. Oh, except that I'm making a return visit to Graceland very soon. My brother, a longtime fan of E, is turning 50 and I'm taking him on a once-in-a-lifetime trip. Or as Elvis might have said TCB! Taking care of business.
at 7:55 AM